In a recent study of mainstream social media, Twitter had the fastest growth rate of any social networking site, placing ahead of 58 other popular sites like Facebook, LinkedIn and Pinterest. With everyone from Barack Obama to your creepy old neighbor having a Twitter account, the little blue bird has become a mainstay of everyday life.

However, as people tweet about the most mundane things like what they ate for breakfast, it’s getting harder and harder to be heard over the deafening din of useless information. Just how do you stay above the pack? How do you attract more followers, and more importantly, keep them?

1. Don’t be so self-centered

And this is where the problem stems from. According to one data analytics provider, 40% of people’s tweets are pointless babble. These range from their Republican / Democrat stance to how the last Twilight movie sucks.

While your own tweets may be valuable to you, chances are nobody else pays attention. Think about it. Just how many people care that you had foie gras for lunch? Apart from your mom and best friend, the answer is probably: none. The only exception is if you happen to be a Hollywood celebrity or a major political figure.

Instead of using Twitter as a vehicle for self-promotion, be the go-to guy for valuable information. An occasional re-tweet of a CNN headline or something interesting you found on Mashable stops your Twitter from being all about “me, me, me”. Twitter is more than just an ego outlet – it’s a new way of interacting and forming networks with people.

Which brings us to the second point…

Everybody wants to talk, but nobody wants to listen. If you want to keep those followers, give them an occasional hand by retweeting their thoughts.

It can be a witty line, a thought-provoking quote or a helpful nugget like “Traffic in main avenue, avoid at all costs!” RTs tell your followers that yes, you see their tweets, and more importantly, you value their words enough to retweet them. This makes the person remember your name and increases the likelihood of he/she retweeting your thoughts in turn.

Retweeting also spares you from having to come up with a reaction or striking a Twitter conversation just so that contact will notice you.

How boring do you think Facebook would be if it was limited to posts? The same can be said of your Twitter account, if all you have are tweets. That’s like Comic Con without all the colorful banners and displays that make the exhibitor’s product pleasing to the eye. Just like the companies trying to stand out in a physical crowd, using pictures on twitter help you stand out in the virtual crowd.

While the site was originally intended for thought snippets, new tools are allowing users to post more media content, such as images and video. Add a dash of Twitpic or Instagram to your tweets, so that you can show your followers just how mouthwatering that tiramisu is instead of trying to describe it.

In fact, a recent survey by comScore found that smartphone owners visited Instagram more often and for longer periods of time than Twitter itself. While the image-sharing site only has about 22 million users compared to 29 million for Twitter, it boasted 7.3 million mobile users in August, as opposed to 6.9 million tweeps. This only proves that one picture is worth more than a 140-character tweet.

A common problem among Twitter users is that many concentrate on the number of followers instead of interacting with them. To me, that’s like going on a trip and focusing the whole time on the fuel gauge, rather than looking on the road and enjoying the view.

This misguided focus is largely caused by Twitter displaying the number of followers you have. Among users, it’s shameful to be following more people than having them follow you. Even among established users, you only get serious credibility if you have thousands of followers, hence there is a constant drive to attract more people instead of actually interacting with them.

If you want to improve your presence on Twitter, focus on two things. One, grow your follower base, and two, maintain what you already have.

By maintaining, I mean interacting with them from to time and acknowledging their online presence. Re-tweeting is fine, but unless you want to end up with a feed full of RTs, it’s necessary to engage in a little dialogue every now and then. The various interactions between people is actually what makes Twitter an enriching experience, over just sharing our own thoughts and cramming them down other people’s throats.

To track how well you interact, you can use a Twitter monitoring app. Mentionmapp is one such app that generates a nifty-looking graphic of your conversations, replies and retweets. If you find that most of your tweets are all about you, then perhaps it’s time to start reaching out and interacting with other people, the way the Twitter network intended it to be.

Tyler Silvera writes for Smash Hit Displays, a company out of Gig Harbor, Washington specializing in trade show displays. He enjoys the basic fundamentals, reading interesting articles as well as writing them. When he’s not on the internet his nose is usually found stuck in a book, usually authored by Neil Gaiman. 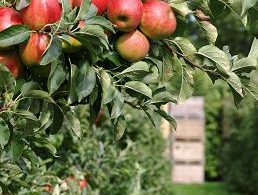 How to Win Over Prospects With Your Marketing Funnel 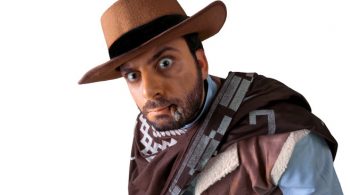 How to Win Over Prospects With Your Marketing Funnel

How to Create an Effective Online Marketing Funnel

How to Create an Effective Online Marketing Funnel

How To Build Up An Audience of Prospects For Your Offer

How To Build Up An Audience of Prospects For Your Offer