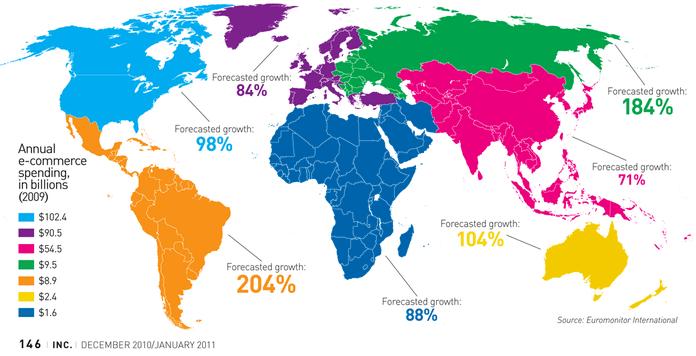 If these projections are accurate, annual ecommerce spending, in billions for 2014 will be: