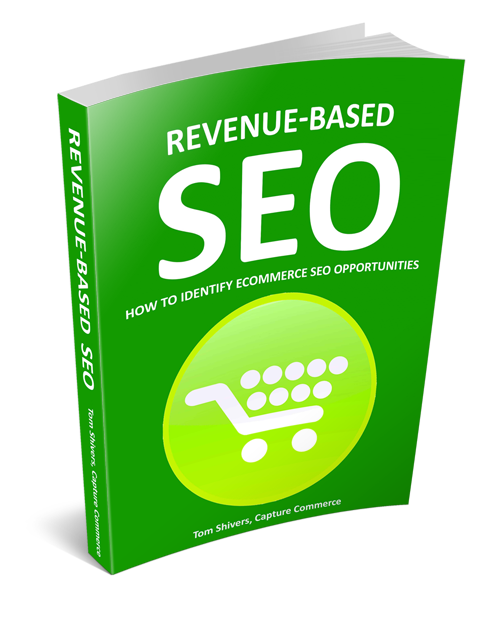 You'll learn how to prioritize time and money on the specific tasks that drive revenue.

Up to very recently, conversion rate optimization (CRO) was dominated by consultants who were providing the optimization solutions as a blend of empirical experience with a little bit of technology. The practitioners were relying more on the art of persuasive copy writing and the best design practices, and less on the technology and scientific methods.

New optimization technology is consistently revealing that what works for one company may not work for another. Even more subtle, two vendors selling the exactly the same type product, optimizing the very same type of web page elements, using the same marketing ideas, might get significantly different outcomes.

That is why three simple rules below are so important for opening doors for the use of technology and creating much higher value with the conversion rate optimization.

A: Maximize the performance of existing web pages before considering a new design

One of the biggest misconceptions in conversion rate optimization business is thinking that the only way that you can get higher page conversion rates is to completely re-design your web page or a complete website. This immediately sounds like a complicated and expensive endeavor that turns off the great majority e-merchants. They think: Not now. We have no time, money, or resources to do it.

The multivariate testing technology is revealing that your existing web pages have a lot of potential for improvement. By casting a wide net and experimenting with many small, almost invisible changes, you will almost certainly find a combination of these changes that produces a great increase in conversion rate.

The small numbers in the Relative Importance table are showing the difference in the conversion rate between a page that has one of the variations and the control (your existing web page). As you can see in this example, none of the new variations has had any significant impact individually.

But surprisingly, a combination of several small changes compounds to produce a very significant increase in the page conversion rate. Very few marketing professionals are aware of these multivariate testing methodology characteristics.

During A-B or traditional multivariate tests you had to be prepared to experience a temporary dip in conversion rate during the optimization tests as a price of discovering a version of the page that will make money for you in the long run. This was happening because of the certainty that you will test more losers than winners and hence your conversion rate will temporarily suffer.

The fear of this testing risk was preventing many companies from even trying to optimize. And those who dare would often elect to try to minimize the risk by testing more of the same. Remember the definition of insanity: doing the same thing and expecting different results. In reality, to get great results you have to try some new and radically different ideas.

To deal with the temporary loss concerns, many vendors will either downplay its occurrence or they would try to spin it in a positive way, like it was done by a recent Ektron’s white paper: “Fail faster with multivariate testing“.

The adaptive multivariate testing technology is creating a breakthrough by its ability to eliminate this risk of testing. This technology is able to adapt to visitor’s behavior in real-time. The algorithm’s training period is very short (often no longer than a couple of days). After that, only page combinations that have high probability to beat the base line are tested. As a result, you will see an improvement in your conversion rate during the test itself.

C: Do not turn your optimization system off

A traditional approach to conversion rate optimization is a multi-step process: design the test, run the test, verify results, and then permanently implement the winning page.

With traditional optimization technologies you could not do it differently. These products are designed to act as testing tools and to passively measure the test outcomes.

To dramatize the difference between the adaptive multivariate testing approach and traditional testing methods we like to compare the traditional solution to a thermometer.

Why is this significant?

Visitor behavior and associated web page conversion rates are continually changing. In such an environment, it is quite risky to drive your online channel by looking at a ‘rear view mirror’ (past performance data). Often, the best web combination is ‘dead on arrival’ and its performance after implementation is quite disappointing.

To make things even more confusing, the optimization tests are rarely producing a single winning page combination. Instead, it is quite common to get a half dozen page combinations with similar performance.

If you would analyze the composition of the good combinations you will quickly realize that they have a quite diverse makeup. This can be quite confusing. The people expect to get a single non-disputed winner or a group of pages that have a lot of elements in common.

A simple explanation for such an outcome is the non-homogeneous web traffic.

In the mix of different types of the web visitors, one page combination can be better this hour and another combination the next. With a traditional multivariate testing solution, this time changing behavior is not observed and typically the page combination with the highest probability to win is selected and implemented. If your web traffic changes, the new page is most likely sub-optimal and delivers much lower conversion rates than expected.

Get yourself a thermostat

As the visitor’s behavior changes the system will continually adopt and show the page combination with the most current probability to win without need to physically implement the test results.

In essence, the adaptive system will continually react to market changes in a similar way to your house thermostat that will react to the changes in the environment temperature.

The goal of this article was not to minimize an importance of the experienced online marketer who is necessary for achieving great increases in the website conversion rate. Instead, we wanted to suggest an effective way of using adaptive multivariate testing technology to expand the potential of good marketing.

About the author: Zee is the CEO of Hiconversion, Inc. which he started in July of 2006. Hiconversion is a Florida based company that provides a game changing website optimization solution that is dramatically faster, easier to use, and delivered via software-as-a-service (SaaS) model. The company’s patented adaptive multivariate testing method breaks the primary website testing adoption barrier: the requirement for high traffic volume.