An interview with Emory Rowland

Emory, it’s great to have another interview! The last one was on cost per action marketing and it was popular, but today you have something else on your mind, specifically digg. When did you get started with digg and what kind of success did you have with it?

I started using digg on 4/22/06 and had zero success. I loved the idea of reading news stories that had been voted into popularity rather than picked by editors. But, I admit in the forefront of my mind was the possibility of nudging some of my underappreciated content toward the top of the digg front page. So, like any noob would, I submitted my own posts to digg, sat back, and watched them fall flat, rarely if ever getting out of the single digit range.

A few years passed and I dropped in on digg occasionally to watch. Then one day I started paying attention to the digg “powerusers” to see how they were able to drive their news stories up to the front page. I dipped my social shovel into the digg waters.

I started learning how powerusers collected and distributed social capital. I saw myself getting more votes, finding more interesting news stories and making more friends. Months later, I scored my first digg front page story. I was truly enjoying the interaction on digg as a contributer  and consumer of news. For the first time ever, I had the high of experiencing the value and  power of social media.

My digg username is clickfire. I want to make it clear that I am not an authority on digg. I was never in the top tier of digg users but I did get a taste of the fun being in the top 200 – 300 active users at one point.

digg isn’t quite what it used to be, but what are/were some of its features that made it so great?

The features that drew me in and kept me coming back were stuff like the digg API, which inspired so many fun tools to track social interaction on digg. Some of my favorite tools were: 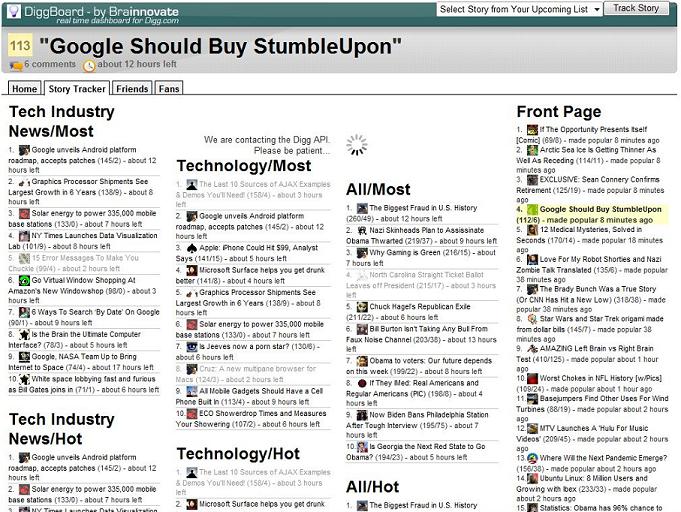 The best tools were easy to use and didn’t require a learning curve. Just plug in a username and watch. There were also several Firefox plugins and even tools to automatically digg your friends stories that ended up getting users banned 🙂

Besides all of the goodness that came from the digg API, I would note these features:

Digg published a mashed RSS feed of your friends submissions. This allowed users to always monitor and scratch the back of existing friends or friends they were trying to win.

Widgets that you could put on your site could really made a blog look alive.  I’m not talking about the digg buttons, but the widgets showing stories submitted from a site and how many diggs they were receiving. It only worked for large popular sites. I remember the Huffington Post and other large sites leveraging them nicely (not that I actually read HuffPo :))

“Blog This” was another nifty feature for bloggers and especially news bloggers was the ability to submit a story you discovered on digg to your own blog for publication where you could elaborate or add your own details. I used this a bit on Clickfire and other blogs. I remember scoring some significant and long term traffic to one web hosting news blog this way. Blog This was pretty much a one-click thing once you got the XML-RPC set up on digg. Using Blog This the right way served as a useful SEO tactic for a new site in the Pre-Panda days and could still work for bloggers today if done carefully (oh, and if it existed).

The Bury Button empowered users with the ability to vote down spam, offensive, or  inaccurate stories. If a story was bad and you knew it was bad you could release your angst and do your part to rid the digg world of evil. I’ve wondered about the psychology of voting down stories and what need is being fulfilled by the feeling one gets when burying a story. To my knowledge, the bury button is the only one of these features that was brought back into Digg 4.

I don’t think any site uses the same features that made the old digg so awesome. There’s a vacuum left by digg 3 that hasn’t been filled. It would be interesting if someone took the great features and built them into a new social news site.

Yeah, it sounds like the hey day of digg with all the cool things happening and if you got to the home page it might mean your server crashed under the load of traffic. But when version 4 arrived things changed in a dramatic way. 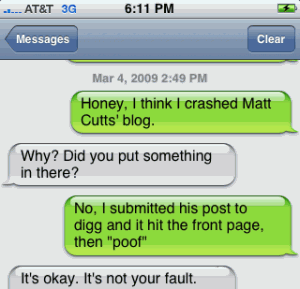 Digg 4 was the biggest and most public site relaunch failure in history.

It need not have happened. I remember Andrew Sorcini (MrBabyMan), the top digg user practically begging digg not to strip away the features that made digg great.  The management at digg wasn’t listening. The site would be relaunching on the powerful Apache Cassandra database used by Facebook. You could feel the nervousness among regular users in the air.

Digg was thinking big after turning down a $80 million buyout offer (according to Kevin Rose). It became clear that digg management thought they needed to take a risk and appeal to a broader audience. But for some reason, this meant they had to change the substance of digg itself. De-emphasize the social and emphasize commercial. The idea of autosubmissions seemed so contrary to the digg culture that it’s hard to imagine how this ever entered their minds.

Digg users who had invested years in the bread and butter social features only to have them ripped away lashed out. I was one of them. I remember just sitting there staring at digg 4 in my browser and thinking “what do I do?” Tech sites were piling on. Not surprisingly, visits dropped by an estimated one-third. At the low point, I remember seeing reddit.com articles appearing the digg front page. Many months later I was shocked to see the same relaunch errors popping up as digg tried to placate users by bringing back some of the digg 3 features. Just days ago, I saw one of the famous “An unknown error occurred. It is X% likely that this was X‘s fault” messages. Yeah, the “digg effect” that we used to read about in all those case studies is gone.

If Plato had been a webmaster, he might have said, “Know thy site.”

Sounds like a classic case in how to offend and lose your users by relaunching your site.

I seem to recall reading an article that read something like “Digg 4: A Case Study in How not to Relaunch a Site.” I don’t mean to be overly critical. They did admit to making mistakes. I am grateful for the years of fun and friends made. Digg was just such a wonderful and unique tool for web publishers. It’s so sad to see it in decline. I still haven’t given up hope that digg can make a comeback.

Perhaps you have some tips for other social voting sites?

I keep asking myself whether social voting sites are on the decline due to the mainstream adoption of Facebook and Twitter. Or if there is still room for new sites to rise to prominence. I don’t think Pligg script sites are the future.

I still enjoy StumbleUpon and I think that seeding the right content through Paid Discovery can work well. I have seen StumbleUpon deliver sustained amounts of heavy traffic. The bounce rate is not always as bad as you’d think either.

A few niche social media sites that I like are BizSugar and Blog Engage. I haven’t seen much traffic coming from stories that make the front page but the visitors do seem engaged when they arrive. There are some great contacts to be made there if you are a business owner or blogger. BizSugar is part of SmallBizTrends.com which has 100k+ subscribers. So, if you introduce a great story and it gets noticed, it may be featured by Small Biz Trends.

StumbleUpon’s Paid Discovery is interesting and unique. If there is still room for a new social voting site to rise to prominence, what would it need to have to get there?

There are the obvious things like audience, infrastructure and capital but I would condense it to these two things:

Rewards for users – the types of built-in features we just talked about. There are people who made their careers and became celebrities because they achieved top digg user status. Digg resembled a game in some ways, but the rewards were real (meeting friends, becoming known). That’s better than unlocking a care package in Call of Duty.

Rewards for web publishers – Think of all the bloggers over the years who wrote articles specifically for digg user consumption. Digg took the link bait to another level. Sure, you got a dofollow link from a PageRank 8 site, but you also got some brand-building power and some pretty nice bragging rights. Digg was the first site I remember that rewarded top stories by removing nofollow from links. Give publishers something they want and they’ll give back. I’m not just thinking of SEO but stuff like the Blog This widgets or disqus-like content sharing.

Emory Rowland is the president of Leverable, a new search marketing company based in the Atlanta, Ga area that emphasizes web publishing. 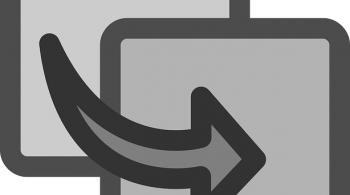 How To Balance User Experience And SEO To Charm Google 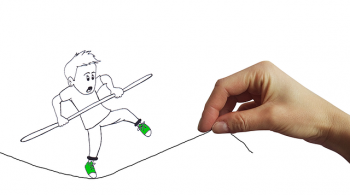 How To Balance User Experience And SEO To Charm Google

What The Heck Is Penguin? 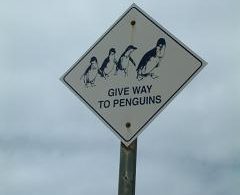 What The Heck Is Penguin?

How To Get Quality Traffic To Your Squeeze Page 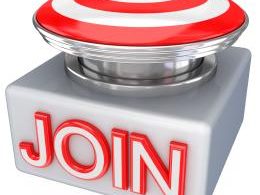 How To Get Quality Traffic To Your Squeeze Page

5 replies to "Will Digg Ever be Shovel-ready?"